When it comes to luxury homes costing more than INR 1.5 crores, Bengaluru is leading the way. It is the only Indian city to have seen a 45 percent spike in demand for such homes when the rest of India seems to be taking a time-out. However, the city ranks third in the overall real estate scenario in the country after Hyderabad and Chennai. Property sales in the Central Business District have been truly noteworthy though luxury projects in the peripherals have seen a drop since 2016.

In Bengaluru, the villa market is now a niche whereas the city seems to be going strong in the apartment way. Real estate developers and experts are keeping their fingers crossed that the market will improve significantly in the coming months due to the onset of the Real Estate (Regulation and Development) Act, 2016 (RERA), GST and an early festive season. This is also true for the entire nation. A survey by a top property website has revealed some pretty interesting details about the state of real estate in Bengaluru. 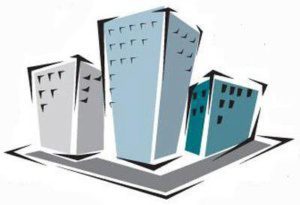 For example, the average age group for buying property has dropped to 34 years from 40 years in the last decade. While those who are single prefer co-living spaces and shared accommodation, young married couples are making buying property a priority. More and more Bengalureans are buying property in their late 20s. The Bengaluru real estate market is also set for a massive boost due to the Namma Metro. The 42 km long corridor will soon turn the city into a real estate goldmine.

For localities closer to metro stations, capital prices have already increased by 150 percent in the last five years. It is expected to go up further by 10-20 percent in the next quarter. The top areas for real estate investment as per the survey are Koramangala to Electronic City in the south, Whitefield in the east and New Airport stretch in the north. Localities having the lowest yields (average of two percent) are Kanakapura Road, Malleshwaram, Rajajinagar, Sanjaynagar and Basaveshwaranagar (1.3 percent).

Similarly, those with the highest yields (average of four percent) are AECS Layout (4.4%), Hoodi, Banaswadi, Bellandur, BTM Layout, Horamavu, Hosa Road, Marathahalli, Panathur, Sarjapur Road, Varthur, and Basavesh. The Bengaluru residential market has seen a less than one percent drop in ready-to-move properties, one percent rise in property prices, a five percent increase in overall capital prices compared to 2016 and a three percent rise in prices of under-construction properties this quarter.

The time taken by Bengalureans to finalise a property deal has gone up to seven months from four months in 2016. From the period July 2016 to June 2017, there was a 33 percent rise in Bengalureans searching for properties. Two-third of the demand is for affordable houses. There has also been a 40 percent rise in demand for low-budget homes that cost below INR 80 lacs.