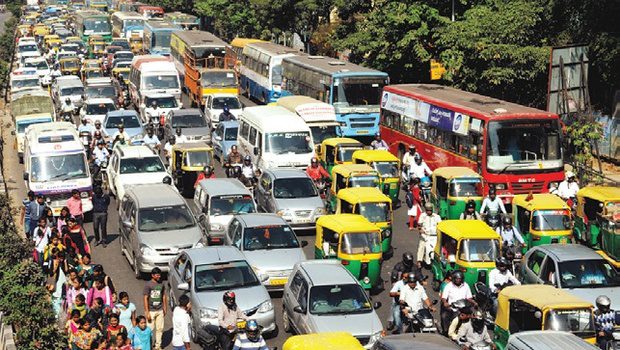 Ask a middle aged Bangalorean about the city and most certainly, the response is an emotional spiel, “Ah! Bangalore those days…” they may begin saying and get somewhat lost in the beautiful ways of life Bangalore was popular for until recently. Bangalore is that kind of emotion to most of us. M.G Road, Lalbagh, Jayanagar, Malleswaram, Whitefield, or any area for that matter – the cool breeze in abundant green cover, passing through a serene vibe we got from the smiling stranger and those beautiful boulevards with generous spreads of autumn leaves. Bangalore was like this and so much more. And then, the development happened.

Call it the perils of development or anything you like, Bangalore has somewhat become a pale shadow of its glory days – massively crowded with expats and migrants finding feet, careers and life here, the change in lifestyles of the citizens- rise in demand for ready to move in apartments for sale in bangalore being a classic case in point. Bangalore now is as much a happening city as it is noisy, busy and at times fussy – morning times and evening times. The third most populous city in the country with about 11 million people residing here, Bangalore now has its task cut out – to reinvent, reform and then redefine itself. Bangalore Development Authority (BDA) is doing exactly that.

Having analysed 375 kilometers of vehicular movement through surveillance cameras at 50 different locations in the city, BDA has formulated a comprehensive and futuristic solution to all the traffic woes that the city is experiencing now and is expected to face in the long haul . Master Plan – 2031 has been designed in a mission to make vehicular movement in Bangalore more organised, safe and hassle free.The proposed draft has been uploaded on BDA’s official website – www.bdabangalore.org. The city is expected to have a population of about 20 million by 2031, BDA’s foresight in this context has to be appreciated.

In 2008, the average journey speed was ascertained as 18 kilo metres per one hour, in 2015, 11 km/hour. By 2031, the city’s average journey speed is expected to come down to 5 km at peak hours, downright discouraging. However, BDA’s proposed draft aims to keep the traffic as easy and seamless as possible, the draft suggests these measures:

5.Five truck terminals (There’s only one at present)

BDA’s comprehensive draft to revive the easy going and flamboyant nature of Bangalore is indeed much commendable. One hopes these measures see the light of the day sooner than later and in such means make Bangalore as flamboyant a city as there can be.

4 Reasons Why Ready To Occupy Flats In Whitefield, Bangalore Are In Great Demand
4 Ultimate Hacks For Home Buying In India