If latest reports are to be believed, people will soon be able to withdraw 90 percent of their Employees’ Provident Fund (EPF) money to buy their dream homes. As per a decision taken by the Parliament and announced today, the Government will amend the EPF Scheme, so as to enable about four crore members of EPFO, the retirement fund body, to withdraw up to 90 percent of their funds for down payments, when buying their dream homes. 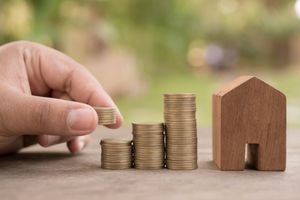 Employees’ Provident Fund Organisation (EPFO) subscribers may also use their accounts to pay EMIs on home loans. As per amendments in the EPFO scheme, subscribers will however have to form a 10-member co-operative society to avail this incredible facility. As a reply to a query by Rajya Sabha about Housing Scheme for EPFO members, Labour Minister Bandaru Dattatreya, revealed that the Government has taken the decision to add a new paragraph 68 BD to the Employees’ Provident Funds (EPF) Scheme, 1952.

Thus, any member of a co-operative society or a housing society (having 10 members from the EPFO), may be able to withdraw 90 percent from the fund to purchase “dwelling house/flat or construction of dwelling house/acquisition of site,” reports The Economic Times. Moreover, monthly instalments for repayment of outstanding interest and payments could be paid from the money, standing to the credit of the member, “to the Government/housing agency/primary lending agency or banks concerned.”

Those who are not aware, as of March 31, 2016, the total number of EPF member accounts, as per Annual Report for 2015-16, is 17.14 crore. Dattatreya further revealed that already contributions of 3.76 crore members has been received during 2015-16. However, EPF members must ensure that they fulfil all criteria and conditions to avail the withdrawal facility from the PF account, under the proposed Scheme.

“The present EPF scheme is not being properly utilised to withdraw money for constructing flats or buying land … As per the present scheme, the EPFO has to notify and approve housing agencies through which houses could be built or land could be brought … The co-operative society formed by EPF members will be free to choose the housing agency” V.P. Joy, EPFO Central Provident Fund Commissioner, told The Hindu.

Employees can withdraw their savings for home-buying purposes, including loan repayment and monthly contributions, only when they have at least three years’ subscription to the EPF scheme. Subscribers will also be able receive cheaper housing loans. EPFO will reportedly tie-up with financial institutions to do the same. Employees, who have completed 10 years of service, can at present, withdraw part of their PF savings to repair a house that has completed five years since construction.

BBMP comes up with a novel concept; Bangalore All Set To Have Pot-Hole Free Roads.
Mercer’s Global Survey Ranks Hyderabad Above Top Metros Such As Mumbai & New Delhi