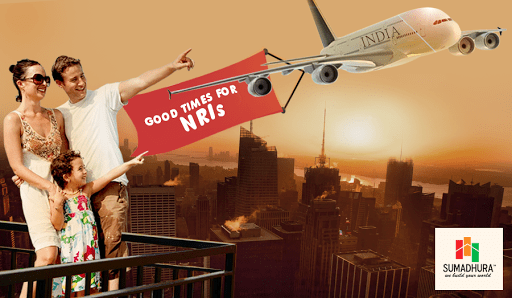 Demonetization Effect – Plenty of Happy News For The NRI

People the world over seem to be fascinated by all the brouhaha in our country right now. Demonetization sure has become a talking point across the globe. Somehow India is now that Hollywood movie with a Bollywood twist – Much anticipation, convention distorting innovation, a real sense of revolution and some drama has sure inspired much response from all nationals. NRI’s living overseas should have many a story to tell, they may have some problems too. Currency exchange. “How to?”

NRI’s can breathe easy as long as the money is accounted for. The RBI on its website has made it clear that those NRIs who could not get their monies exchanged before 30th December 2016 have a provision at select RBI or RBI authorised offices till 31st March 2017 either by themselves or someone duly designated by them. Though condemned by few, Demonetization has certainly made a large number of NRIs gain or regain the somewhat lost hope in our country.

Brain Drain was popular trend in India until recently – Highly educated individuals leaving the country in hope of better employment and lifestyles. One can safely assume this trend is taking a reverse gear much sooner than later. Our Prime Minister has been recognised as the best Prime Minister in the world, not for nothing. Not just for Demonetization absolutely, It is quite a happy note to write that India, the seventh largest economy in the world is the fastest growing major economy with a 7.6 growth in GDP for the financial year 2015 – 2016

Non Resident Indians living in other countries for various reasons should be quite intrigued by one fact – Home Buying. All these years the prospect of paying a double digit interest for home loans, apprehensions of clear titles, the legality of it all and the doubts over actual costs which should have put paid to many a home buying intentions of the NRI’s is now a safely flighted history. Real Estate Regulation Act, Amendment of Benami Act and the Demonetization move have all turned all these years of qualms upside down.

While the Real Estate Regulation and Development Bill 2016 by the Parliament is aimed at making home buying for resident as well as Non Residents a happy formality, the Benami Amendment 2016 and Demonetization is said to bring in a definite price correction making home buying a much more affordable and feasible affair. Investment into Indian Real Estate was never so unambiguous. Price reduction through Price Correction should definitely be a game winning move for the realtor, the government and the buyer.

With such an honest and encouraging vibe across the Indian real estate, the NRI has another set of particular reasons to be more cheerful about

1.Non Residents Indians can get a loan at a cheaper rate from their adopted country and own a home in India.

2. Tax liabilities of NRI’s will not differ from that of a Residents’. Such tax will however be deducted at source.

3 .An opportunity to claim up to 30 percent reduction in Home Loan, under section 80c, deduction in Principal Repayment, Registration Charges and Stamp duty

4. Many renowned builders are competing with global leaders in providing top notch 2 BHK / 3 BHK flats for in sale in Bangalore and other metropolitan cities with added luxuries at competent costs

5. RBI norms facilitate home buying with up to 80 percent funding (from home country or adopted)

6. Reliable support through online verification and submission of document

With all this combining the evident rise in demand and supply for ready to move in apartments in Bangalore and other metropolitan cities, the NRI sure has more than half a dozen reason to invest or come back  home.