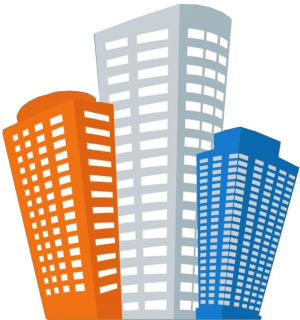 We all know what a savvy businessman Donald Trump is. Like him or hate him, one cannot ignore him. The fact that he could accumulate such massive wealth speaks enough volumes about his business acumen. About US$3.5 billion in real estate properties alone as of 2015 reports implies what? He knows something. While its popular how he mixes instinct with logic, he has always made his intentions clear in all he does.

” I was not satisfied to just earn a good living, i was looking to make a statement” He says.

Here are 8 time tested lessons about investing in real estate from the licensed real estate broker himself.

1.Discipline: 12 hours a day, 7 days a week, Trump has been known to keep his priorities, straight. Where’s the money, there I shall be! He was also known to sleep only 4 hours a day to have that edge over his competitors.

2.Belief. It’s no secret every successful individual has this remarkable trait – they always believe things are going to be come whatever come may. Donald trump has such belief too, in abundance. As can be with any billionaire, Trump has also been at the mercy of some massive set backs only to make them light and drive into winnings.

3.The Big Picture: None went fussing to the finish line. Blips on the radar happen to all of us, but do we all stay focused. Real Investments definitely need more vision and less fuss, But does he neglect details/ Never. Nope.

4.Cost Conscious; While he has always been portrayed as larger than life, lavish personality, Trump has quite an eye for the bank balances. While he sure makes sure he has the best of investments and properties, he also makes sure he pays the best price, not a penny more, no ways.

5.Seeker; Trump has looked for ways to learn more thereby, earn more. In fact, every successful individual would vouch for this virtue. Constant learning only makes us all more able and ready to fire.

6.Advice: As rebellious as he seems, Trump has always abided by his mentor, his father, Fred Trump. In fact, Trump closed his first multi million dollar while still in college, thanks to his dads guidance. Always helps to have a real estate mentor, saves that much time and trouble, yeah.

7.Looking Ahead: Most of his properties have a common story to tell. They were bought when there wasn’t much buzz around such properties which eventually went on the ring in the bucks.

8.Persistence: The many big ticket deals he did in New York dint happen over coffee or dinner. Some of them took years of hope and work. Great entrepreneurs never take “no” for an answer, do they?